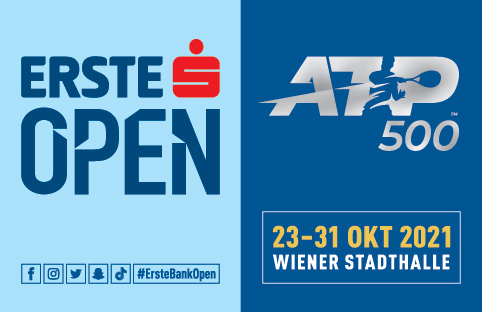 The Colombian pairing of Juan Sebastian Cabal and Robert Farah are the winners of this year’s doubles competition at the Erste Bank Open. The number 4 seeded pair dispatched of the number 2 pair Rajeev Ram (USA) and Joe Salisbury (GBR) 6-4, 6-2.

Cabal/Farah broke their opponents’ break immediately at the start of each set. While this was enough to take the first, they doubled up their lead in the second to serve out the set, match and tournament after only 77 minutes.

„Proud and humbled“
For Robert Farah, a childhood dream came true: “I’ve been watching this tournament since I was a kid, I grew up with it and it feels like it’s been played forever. So many good players have already won here. To have achieved this, too, makes me feel proud and humbled.”

It was their 19th title on the tour together. In their head-to-head with Ram/Salisbury they now own a 4-0 record. As current number 5 in the “Race to Turin” they have already qualified for the ATP finals.