Draw: Epic clashes from round 1

The draw ceremony for the Erste Bank Open was held on Saturday morning at Erste Bank Open 2 Go on the premises of the Wiener Eislauf-Verein at the Heumarkt. The two Austrian players Filip Misolic and Jurij Rodionov assisted in the ceremony.

The tournament’s number 1, Daniil Medvedev, faces strong Georgian Nikoloz Basilashvili, while Andrey Rublev, the number 3, will have to deal with fan-favorite Diego Schwartzman (ARG). Matteo Berrettini might have also wished for an easier opponent to kick his campaign off than Dan Evans (GBR). 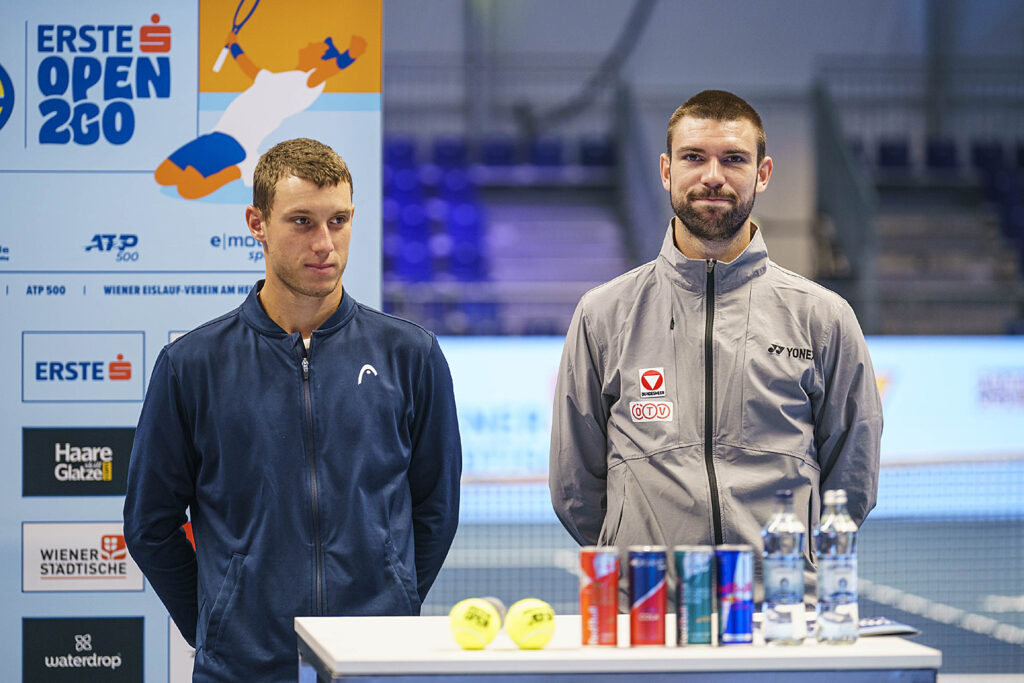 Tough draws for Austrians
From a home perspective there are highly interesting matches: If Dominic Thiem beats American Tommy Paul he would likely set up a meeting with Medvedev. Filip Misolic will make his Vienna debut against Francisco Cerundolo (ARG), who only lately lost twice against Thiem.

In the lower part of the draw, Dennis Novak was matched with the tournament’s number 2, Stefanos Tsitsipas. Jurij Rodionov will get a chance to repeat his upset against Canadian Denis Shapovalov from two years ago.