Fans at Vienna’s Stadthalle will be treated to no less than three seeded players already on Monday, the first day of the main draw of the Erste Bank Open. It all starts at 2 pm with Diego Schwartzman (ARG/5) against Pierres-Hugues Herbert (FRA). This match is directly followed by Italian shooting star Matteo Berrettini (3) vs. Kyle Edmund (GBR).

Grigor Dimitrov (BUL) will face Bosnian qualifier Damir Dzumhur not before 5.30 pm and after that the number 2 of the tournament, Russia’s Karen Khachanov, will play against Hubert Hurkacz (POL).

The NextGen court will see three matches on Monday, beginning with the singles match between Hungarian qualifier Marton Fucsovics and Lorenzo Sonego from Italy. Two doubles matches round out the day on the smaller of the two show courts. 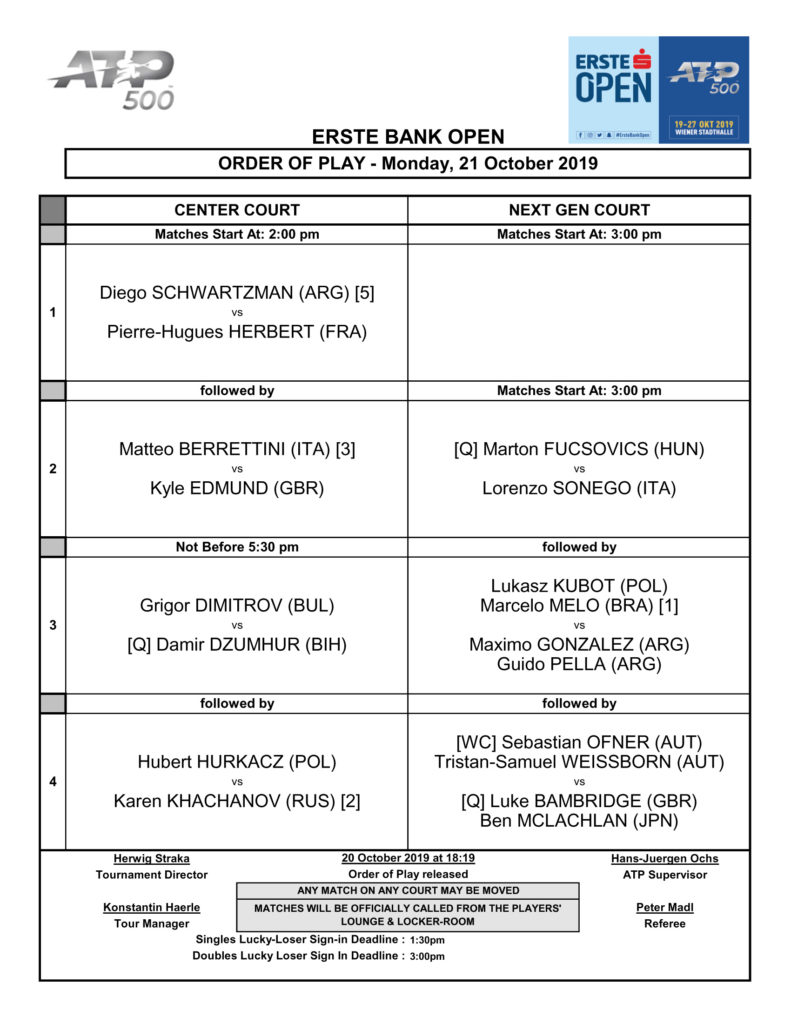