Fans can look forward to yet another great day at Tennis 2 Go on the Viennese Heumarkt. THE highlight certainly is Jürgen Melzer’s first appearance at this year’s Erste Bank Open. The Austrian tennis legend will kick off his final Vienna campaign in the doubles at the side of Olympic champion Alexander Zverev.

Their match against the number 3 pair John Peers (AUS) and Filip Polasek (SVK) is scheduled not before 4 pm and directly followed by the second doubles match of superstar Stefanos Tsitsipas at the side of Feliciano Lopez.

But the action at Tennis 2 Go already kicks off at noon with another doubles match. Not before 1pm last year’s finalist Lorenzo Sonego (ITA) will play against lucky loser Dominik Koepfer (GER), followed by 2019 finalist Diego Schwartzman (ARG) against Italian veteran Fabio Fognini. 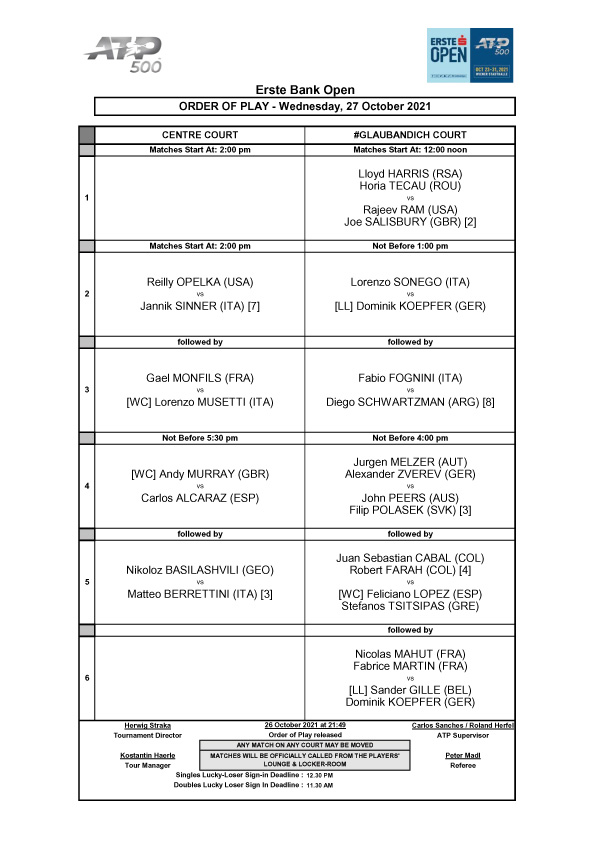