On Wednesday, „ÖTV day at the Erste Bank Open“, another Austrian will see his first action. Dennis Novak faces Gael Monfils who is ranked 110 spots in front of Novak in the world rankings. But with the Viennese crowd behind him a surprise up-set might be in the cards, as Novak has already shown during various Davis Cups that he can play with the best. The match is scheduled as the third on the centercourt (not before 3 pm).

To round the day out, the centercourt will see two matches already from the second round: Italy’s Matteo Berrettini (3) will face fellow US Open semifinalist Grigor Dimitrov. Afterwards, qualifier Marton Fucsovics (HUN) and Russian Karen Khachanov (2) close out the day. 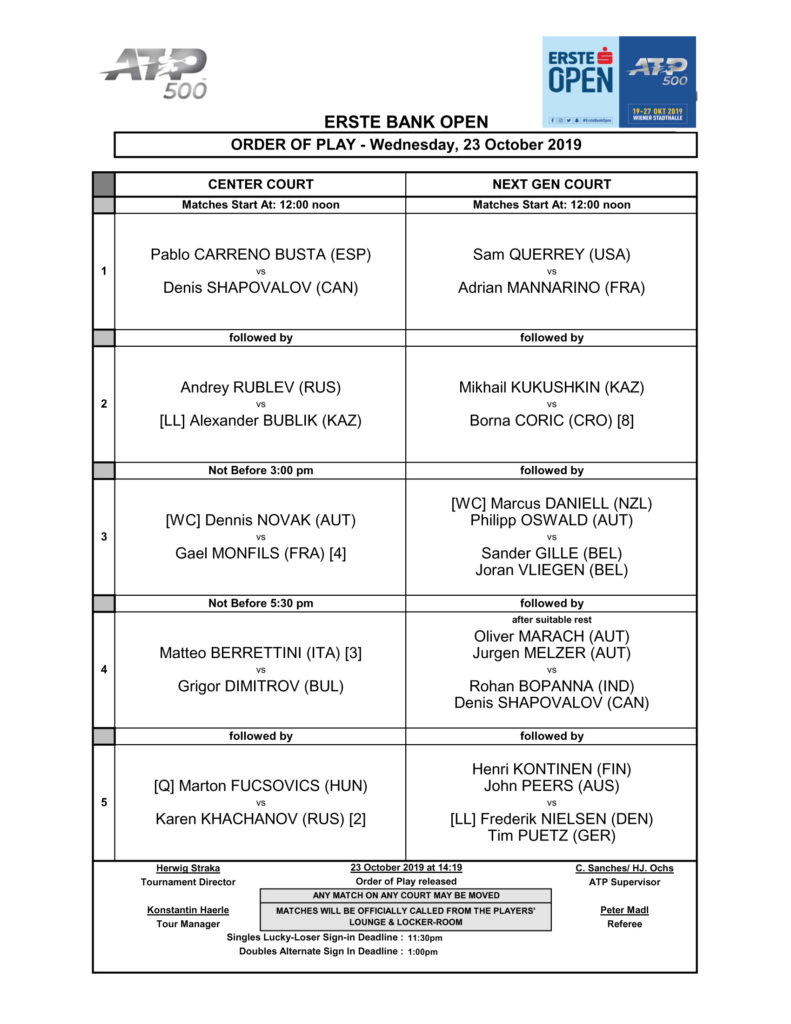