The big final of the Erste Bank Open will commence on Sunday at 2 pm. So much was known for weeks. What we didn’t know was, who would be in the final. And the two players who made it this far are a bit surprising: Andrey Rublev, current no. 8 in the world, and Italian Lorenzo Sonego, the world’s no. 42 and only as a “lucky loser” in the main draw.

Both players had no problems in their semi finals. While Rublev left the centercourt as winner after only 1.5 sets because of an injury of his opponent Kevin Anderson, Sonego also had a quite relaxed afternoon by beating Daniel Evans from Great Britain without too much ado 6-3, 6-4.

It will be the first match between the two on the ATP tour. “We played against each other years ago on the Challenger tour, but he’s a different player now. Great forehand, great service”, said Rublev. But this all doesn’t change a thing that Rublev will enter the final as the big favorite. It would already be his fifth tournament victory in 2020. 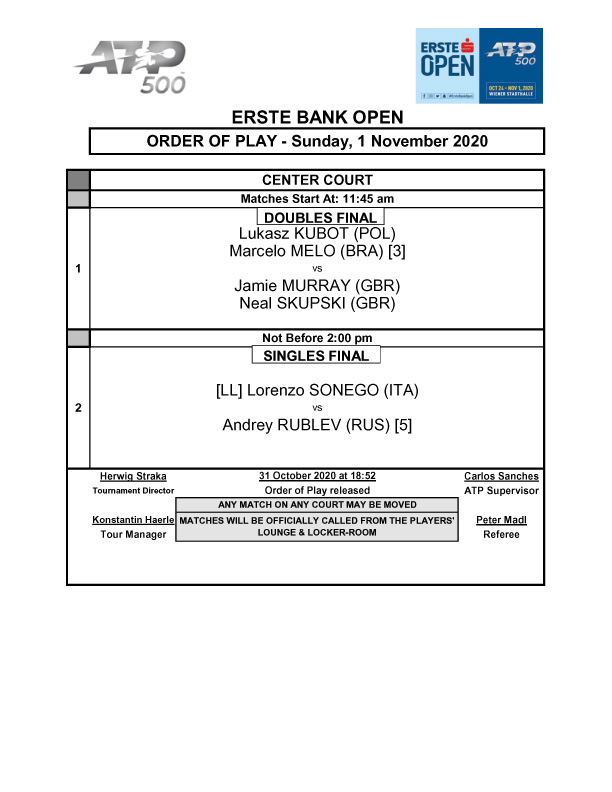