The Russian Andrey Rublev (ATP no. 8) is the winner of this year’s edition of the Erste Bank Open at the Wiener Stadthalle. In the final he beat “lucky loser” Lorenzo Sonego (ITA) in straight sets 6-4, 6-4.

Rublev showed his brand of power tennis right from the first rally never wavering, never doubting. Throughout the whole tournament he never had to concede a break or lost a set. Songeo, who beat the world’s no. 1, Novak Djokovic, in the quarter finals stood no real chance this time.

Rublev broke his opponent’s service for a 3-2 lead in the first set and only had some small problems while serving for the set. He managed to save two break points and win the first set 6-4.

In the second set Rublev broke Sonego’s service to take a 5-4 lead and then served the match out without any problems. Sonego’s return on the first match point was wide and so Rublev crowned himself the first Russian to win the title in Vienna. For Rublev it was the fifth title overall this season. 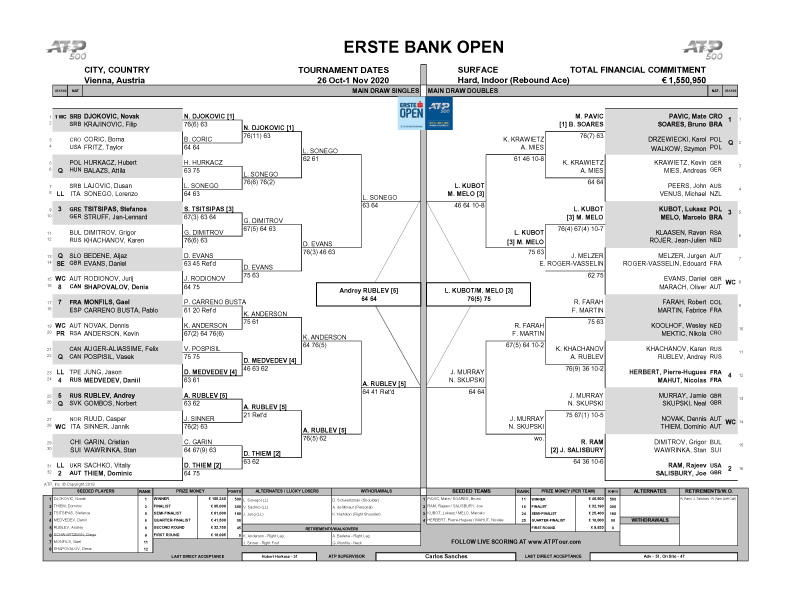