Fans will be treated to a real super Tuesday at the Erste Bank Open: Novak Djokovic and Dominic Thiem will start their Vienna campaign on “Thiemsday”. Make that three Grand Slam title winners, as Stan Wawrinka also springs into action on Tuesday.

The day kicks off on the centercourt at 2 pm with Bulgarian Grigor Dimitrov against Russia’s Karen Khachanov. This match is followed by the Vienna comeback of the world’s number 1, Novak Djokovic, who played in the Wiener Stadthalle 13 years ago the last time. He will face off against fellow countryman Filip Krajinovic.

Not before 5.30 pm Dominic Thiem will start his title defense against “lucky loser” Vitaly Sachko from Ukraine, as Kei Nishikori had to withdraw with an injury. In the final match of the day, Swiss star Stan Wawrinka will meet Chile’s Cristian Garin. 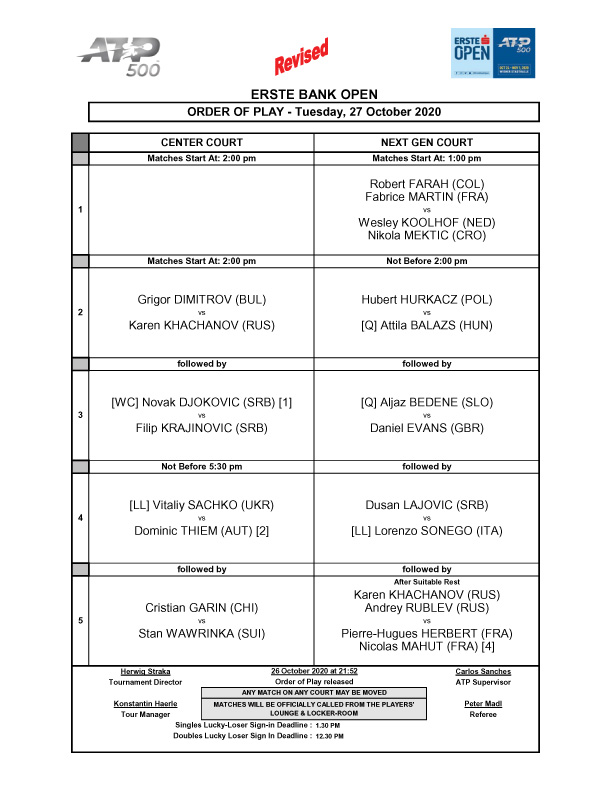