Tsitsipas and Dimitrov clash in round 1

The main draw for the Erste Bank Open 2021 has some real highlights for tennis fans. The Greek number 1 of the tournament, Stefanos Tsitsipas will face Bulgarian Grigor Dimitrov already in the first round, for example. This will be a re-match of last year’s second round, where Dimitrov surprisingly ousted the Greek favorite in three sets after being one set down.

Alexander Zverev, the number 2 in Vienna, will meet Filip Krajinovic (SRB), while Matteo Berrettini, the Italian number 3, has to wait for a yet to be determined qualifier. Another qualifier will play against Dennis Novak, who is the only Austrian – thanks to a wildcard – already in the main draw. 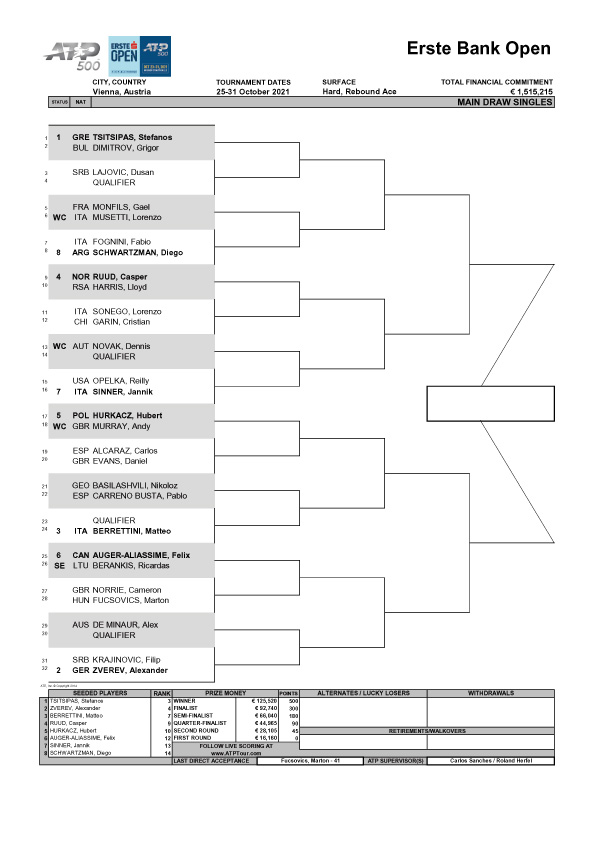