Verdasco next challenge for Thiem

Today the final matches in the round of the last sixteen are scheduled at the Erste Bank Open. The focus, naturally, is on local hero Dominic Thiem.

But Thiem will face a very tough opponent in Fernando Verdasco, as he wasn’t able to beat the Spaniard in four matches. The last match between the two took place in May at the ATP 1000 Masters in Rome, where Thiem took the first set only to lose in three.

Thiem knows how hard the task will be, because Verdasco has virtually no weakness, except “he is not moving very well. But I’ve never managed to move him around on the court. That would be the key, but I have to somehow get there”, says Thiem.

The match is scheduled as the third on the centercourt (not before 5.30 pm).

Stacked program
The day on the centercourt starts at 2 pm with the match between Diego Schwartzman (ARG/5) and Sam Querrey (USA), followed by Hyeon Chung (KOR) against Andrey Rublev (RUS). Capping things is the duel between Jannik Sinner (ITA/Q) and Gael Monfils (FRA/4) – a chance for Monfils to take revenge for the defeat last week in Antwerp. 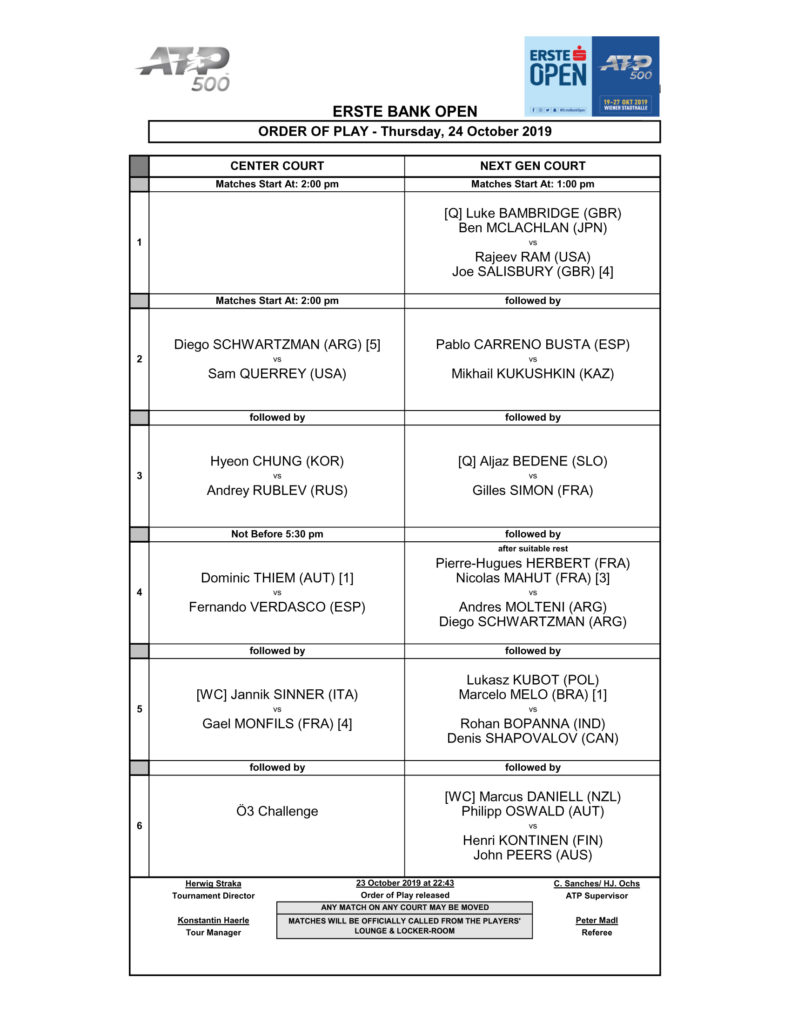