What a final of the Erste Bank Open 2021. Showman Frances Tiafoe once again gave the raucous crowd at the Wiener Stadthalle everything, fighting against the world’s number 4 and reigning Olympic Champion Alexander Zverev, but in the end it just wasn’t enough.

In the end, Zverev won 7-5, 6-4, who not only won his fifth tournament of the season, but his 18th overall. Nearly 8,000 fans saw a quick break and re-break in the first set. At 5-6, Tiafoe served against the set. While saving the first set point at 30-40, the next set point sealed the deal for Zverev in the first.

Tiafoe gave the fans a great show in the second set, but the big points were gathered by the Olympic Champion, who served no less than 19 aces throughout the final. At 4-5 Tiafoe was once again faced with winning his serve or losing the set – and the match in this case. And Tiafoe had nothing left in the tank. He lost the game without a point, as Zverev hit a great return on the first match point. After 95 minutes, Zverev’s first triumph in Vienna was reality. The first for a German since Tommy Haas in 2013.

Tiafoe thanks the crowd
During the trophy ceremony, Tiafoe was celebrated by the Viennese crowd with standing ovations. The American, who had to fight his way through qualification to get this far, thanked the fans: “It was the best week in all of my career and it’s great that you enjoyed it as much as I did. This is a very emotional moment for me, unbelievable.” He also showed respect for his opponent: “I hope we will have many more matches in the future. I’m sure you are going to win many Grand Slams and you’ll become number 1.”

New woman at Zverev’s side
The emotional highlight of Zverev’s speech probably came when he mentioned his new girlfriend, Sophia, who was sitting in his box, crossing fingers: “The most important member of my team is still pretty new – Sophia. Thank you, that your are by my side. I hope, today was not the last time.” Then, there was naturally the thanks to the crowd and organizers, and Zverev also uttered the wish to “come back next year. It was, as Frances said before, one of the best weeks of the year. Thank you to all who came here during the tournament and see you next year!” 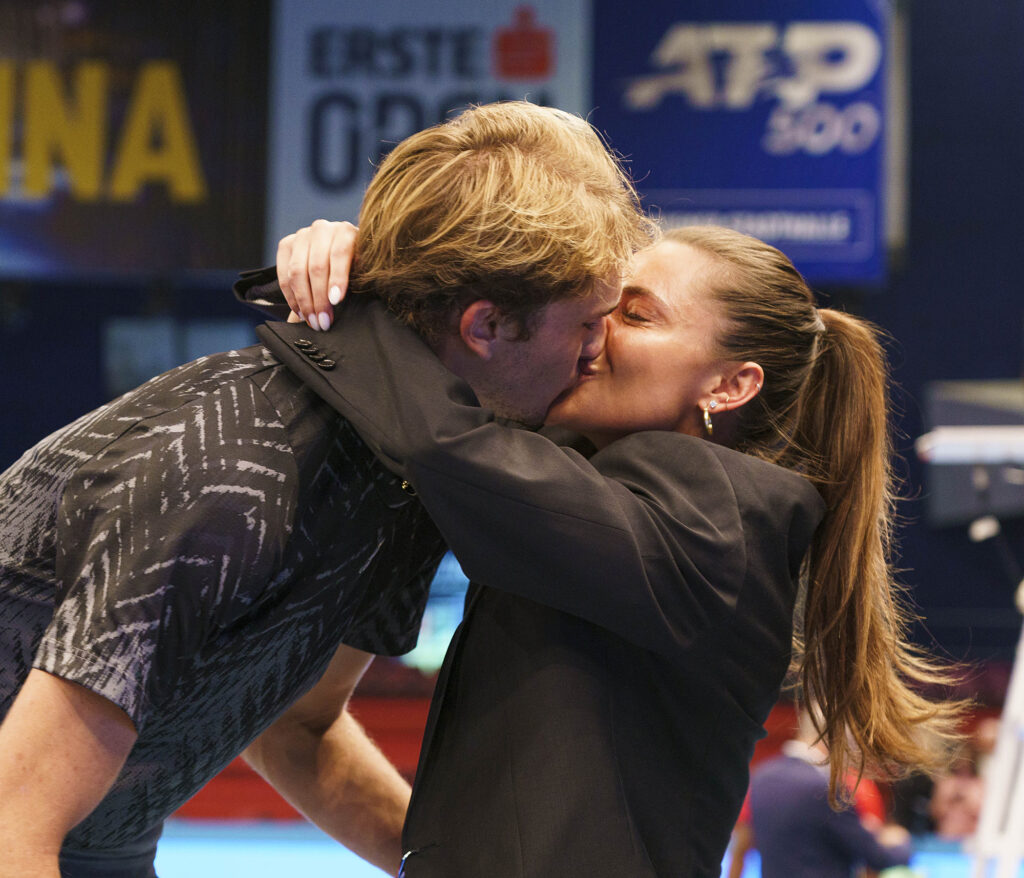